Ability to Use an Online QR Code Reader

Most of the time, people will read a QR code with their phone. You can, however, use any one of a number of online QR code reader applications to decode these barcodes, as well. The reason for this is that QR codes are designed to specific standards and that makes them universally accessible to any type of QR code reader. Whatever you happen to have stored on the code can change, but the QR code itself is always readable.

Getting someone to scan a QR code is actually more of a challenge than utilizing a QR code to help them access a useful resource. QR codes are still relatively new in the marketing world, so you will want to be creative in the ways that you entice someone to go ahead and scan the code itself. Because you can use the same code repeatedly, however, you don’t have to worry about actually changing the code around to accommodate different marketing strategies or even entirely different campaigns. This cuts down on the amount of time you put into the technical details and increases the value you get out of the QR code itself.

Think of what a website URL actually is. When you give somebody a URL, you’re generally giving them an easy way to access your webpage, obviously. What’s important to keep in mind, however, is that what you’re actually giving them is simply an address where they can get a resource. If you choose to change that resource, the same address will take them to something different than was originally the case.

Some QR generators are set up so that you can change the resource to which they direct someone scanning it. This allows you to utilize the same QR code for different promotions or for different phases of a single promotion. This adds a lot of flexibility to what you can get out of one of these simple barcodes.

One of the most significant advantages of QR codes as promotional tools is that, with the right QR code generator, they can be made very versatile. The QR code can hold alphanumeric data, including links to web addresses and other resources. If you use a QR code generator online that gives you the capacity and flexibility to change what the QR code actually does after you’ve generated it and printed it out on marketing materials, you can get a lot more mileage out of the QR code itself. 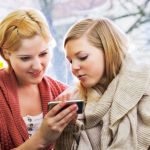