Why Is Your QR Code Promotion Not Working?

Can Your QR Code Promotion Work Harder For You?

There’s more to QR code technology than generating a barcode and congratulating yourself for having done so. Like any other marketing tool, you have to play QR codes correctly if you plan to get any real usage out of them. QR code usage is increasing across the board. Currently, people still have to download separate apps for their mobile devices or use an online QR code reader to decode these square barcodes. In the future, however, it’s likely that QR codes are going to become so ubiquitous and QR code use is going to become so common that these features will be added to mobile devices by default.

Simply because something is becoming popular, however, doesn’t mean that you don’t have to invest the time in being creative in how you use it. Think of it this way, Facebook is the biggest social network on the Internet. Just about every imitator has failed or is limping along on what amounts to digital life support. This provides you with a valuable lesson: you’re not going to get much use from a QR code if you use it the same way everybody else does. You have to be a bit smarter and a bit more creative.

When you look at your first QR code generator online, you’re probably going to be a bit enamored with the fact that it can just generate a code for you with nothing required other than you entering the information you want included in that code. This is impressive, of course, but it really doesn’t give you much. If you want to know how to use QR code marketing effectively, you have to know which parts of your marketing efforts are succeeding and which are failing. This is where tracking and analytics come into play.

When you look at an online QR code application that allows you to generate codes, make sure it is also integrated with analytics tools. These allow you to track whether or not your QR code marketing campaign is reaching people or not. If people aren’t using your QR code, you may want to take a second look at how you’re presenting it to them. Does it have any value to them? Are you simply expecting them to decode your QR code to get an address that’s printed right alongside of it? Use a QR code generator that has analytics tools and pay attention to what the numbers tell you. This may reveal why your promotions aren’t working the way you want them to. 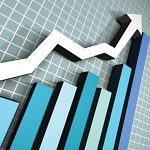