The first rule of Fight Club is…that’s right, we’re talking about it!

In today’s highly competitive world of technology, fierce debates are always brewing about which “new kid on the block” is the fastest, hottest, most efficient, most effective, or – simply put – packs the hardest punch. The latest contenders: QR Codes versus Near Field Communications NFC.

NFC and QR codes (quick response barcodes) are increasingly compared to determine which technology is more advanced in effectively bridging our real and virtual worlds. Which offers the easiest application, and which is the most user-friendly for customers and prospects?

While proponents of both wireless technologies have plenty to rave about, it would be far too hasty to believe that NFC will make QR codes unnecessary, or even knock them out. Each technology offers a very distinct user experience that presents a much clearer picture of the overall value it lends to a mobile marketing campaign.

QR codes are highly-functioning, two-dimensional barcodes designed to easily share information. Upon scanning a code with your smartphone or other mobile device, you are taken to customized content, such as a website, landing page, promotional offer, networking site, photo album, etc. A code can be placed on anything from brochures and t-shirts to signage and rooftops…and, even you! Print them. Tattoo them. Be as creative as you like!

NFC is a chip technology that enables non-contact communication between electronic devices – typically within only a few centimeters between the devices. It shares a core technology with RFID (radio-frequency identification) tags, which can be embedded into a wide variety of consumer products. Just wave your NFC-enabled smartphone in front of a tag to upload customized content.

Seem similar? Not so much. Both NFC and QR codes can be powerful extensions of your brand. They are undeniably flexible, mobile business tools that can be applied in countless extraordinary ways. When it comes to marketing strategy and the return on your investment, however, a few distinct differences should be noted:

It remains to be seen as to whether or not Near Field Communications is going to live up to the buzz it currently enjoys. As with any technology, progress is a process of trial and error, especially when bringing a concept into the mainstream. Meanwhile, QR codes are tried and true.

Confused? Don’t be. At myQRad.com, we’ll get you into the mobile marketing arena in less than sixty seconds. So, what are you waiting for?

If this is your first night at Fight Club, you HAVE to fight. BAM! 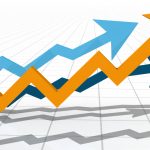 How to Track QR Codes and What Information It Can Tell YouEducation, Features
Use QR Codes for Trade Shows and ConventionsEducation